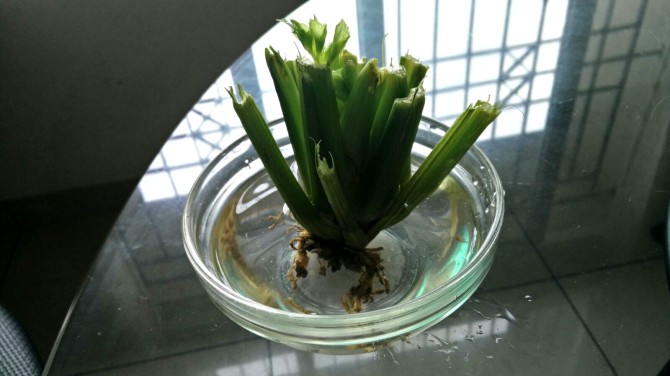 ​Most often, I look at internet tips with a good deal of scepticism (while being fully aware that I add to the stockpile quite a bit and quite often, too!).

The last time when I bought a bunch of celery for making soup, I thought of dipping the bottom portion into a bowl of water. In other words, follow an internet tip.

In a day or two, a few roots started coming out nicely even as some stems around the cluster began to rot. I took out the rotten stems gently and let the rest of it stay in the water. The roots grew longer nevertheless and the leaves started sprouting beautifully. 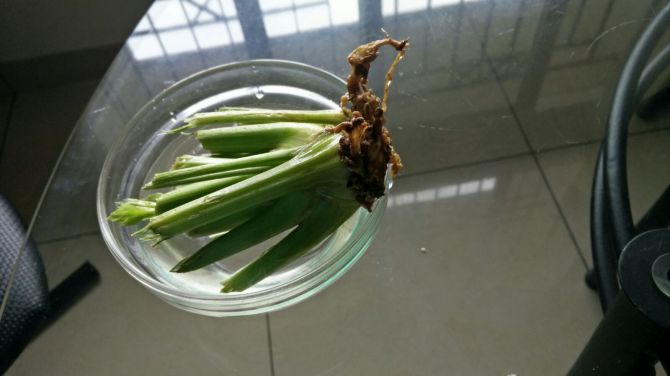 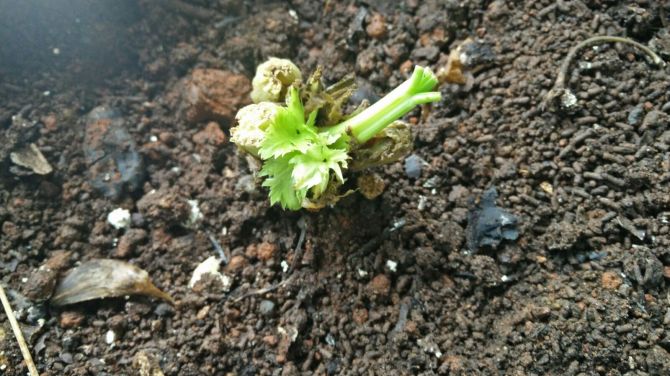 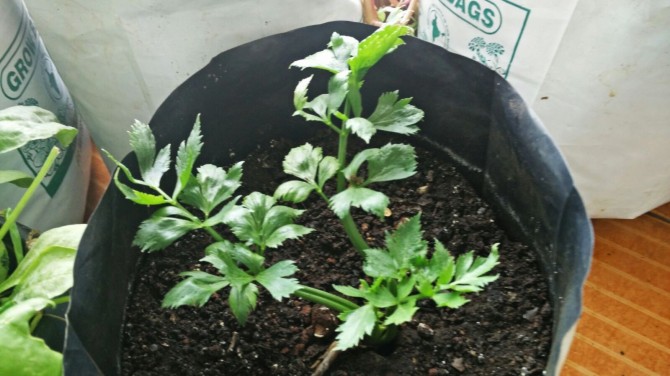 So there it was, a hitherto hapless-looking stem spawning roots! I thought it always worked the other way around. A week later, it was time to stick it in a Growbag. Two weeks later, one more bunch of celery came in and went through the same drill.

And just like that, I have two tiny celery plants growing in my balcony. It now feels like a criminal waste to be dumping the stems into the kitchen bin for composting.

The crux of the story is this: We focus so much on recycling, and in such cases it is mainly composting, but so much can be actually allowed to RELIVE before the ‘waste’ consigned to a composting bin. Isn’t it?

How robustly creative Nature must be to be finding ways to sprout from anywhere it wants! And why is it that the same Nature allows our urbanised senses suffer atrophy and make us feel nothing when all of it goes to a far-off landfill? 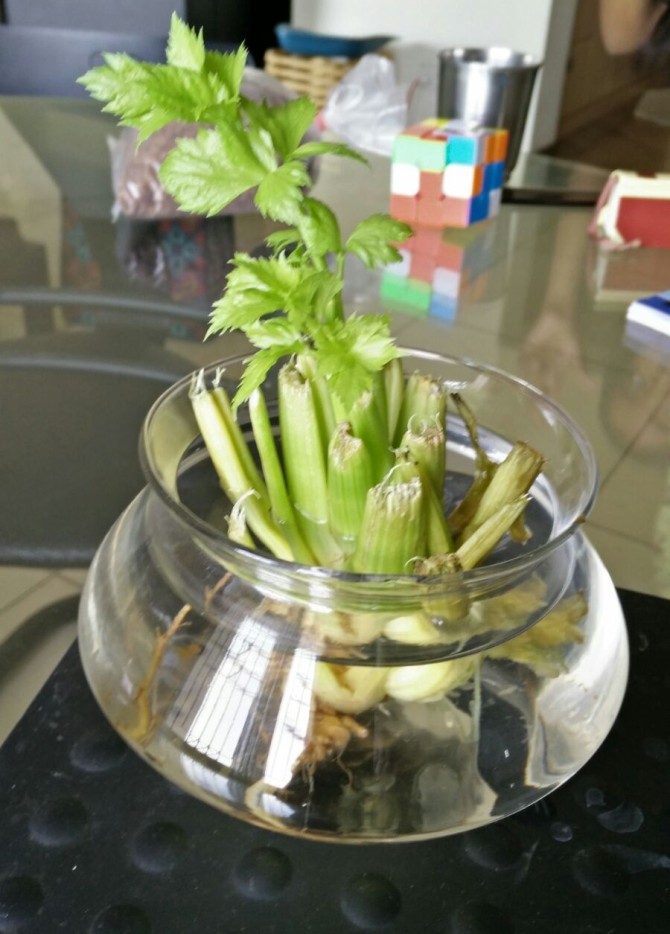