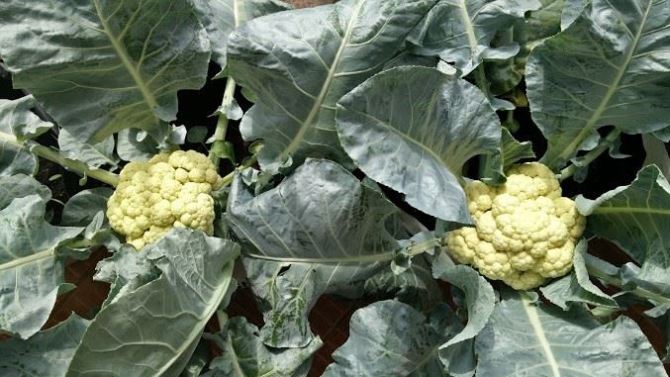 On one fine early morning, a farmer who was unloading a truckload of cauliflowers inside the farmers’ market (Raithara Santhe) in Yelahanka explained the process that goes into keeping them white and germs-free. He said each cauliflower goes into a barrel filled with diluted pesticides to prevent any post-harvest germs attack. What you get to see is the spotless white curd or the head of the cauliflower, pristine enough to satisfy the majority in this white-obsessed country. 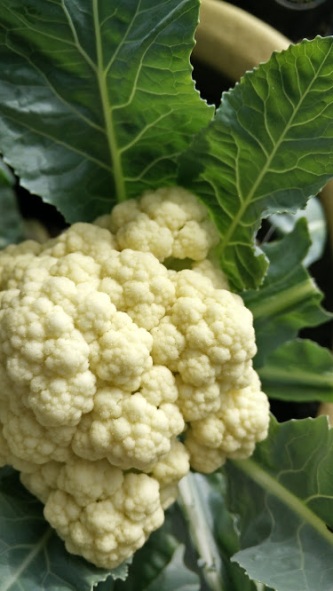 This incident happened almost three years ago and ever since, cauliflower has been taken off my vegetable list. Knowledge hits you harder than ignorance. That’s why nobody ever says, “Knowledge is bliss”.

More than the use of pesticides, what left me unsettled was the nonchalance with which he explained the process. He also told me how people reject anything that isn’t near-white. So in more ways than one, his actions are legitimised by consumer preferences. We are directly responsible for the gallons of deadly poison that gets sprayed on the fruits and vegetables, our boutique gardens and lawns. 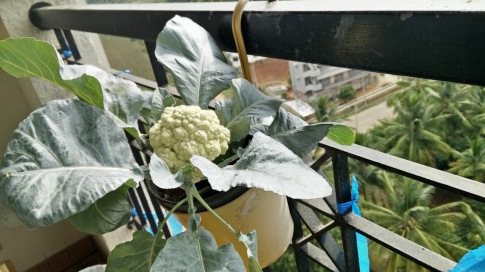 What you get to buy in hyper-real supermarkets is no better. They source their produce from the same farmers. Yet, we delude ourselves into thinking that we are making good choices for ourselves and our children. It takes very little to convince us: ‘hygienic’ plastic or styrofoam packaging. The last thing we ever ask is the source of the food items we buy and the kind of pesticides sprayed on them.

IMO, cauliflower isn’t a versatile veggie. It can lend itself well to only a few recipes. But still, the joy of eating this nutritious vegetable, the Heidi Swanson type (the only way in which I love to relish cauliflowers) went missing from my home. With not many stores selling organic vegetables around, I thought it was time to grow my own produce.

It took just four hours of early morning sunlight and some trial and errors to grow eight cauliflowers in my balcony, among other veggies. What amazes me is what a small pot of soil can fetch you, if you are willing to give it a chance! (Pics: SH).

3 thoughts on “Cauliflower and that unholy dip in poison”