The buzz started at around 2 pm yesterday with a just few bees. In the next couple of minutes, the swarm grew bigger and bigger and the bees started piling up on each other. Eight minutes of manic activity, this massive beehive took the shape of black icicles and then, everything went silent.

Last night’s heavy rain seems to have dispersed the hive as I saw it actually reduced to half its size this morning. It kept on changing shapes and sizes overnight.

A few months ago, a similar beehive was built in exactly the same spot and it was the first one ever since we moved in here three years ago. The size was intimidating initially but later, life went on unperturbed. The bees seemed to suddenly wake up once in a while in the afternoon, buzz around the hive a bit as if to get the day’s exercise and then go back into deep slumber doing what they do best: honey making. Set against a beautiful backdrop, it was a perfect example on teamwork  for my six-year-old girl, too! 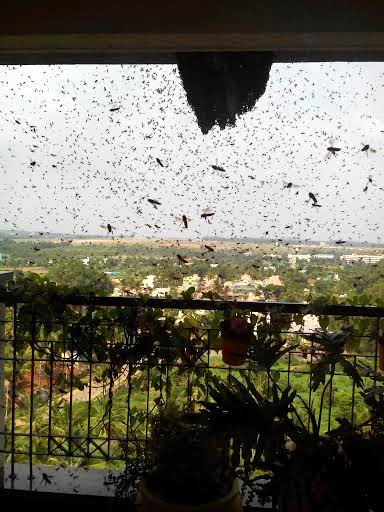 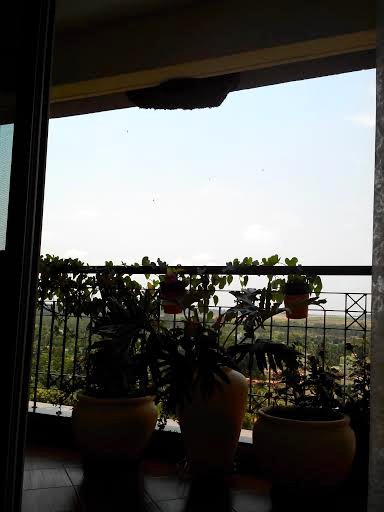 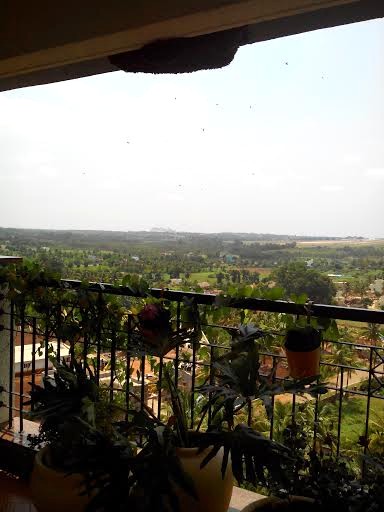 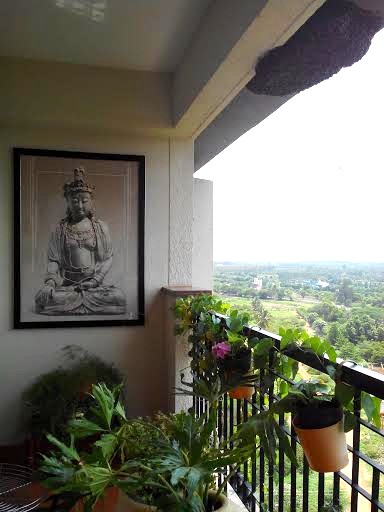 I did not want it removed but did painfully let go of the mature hive when the resident association-appointed remover worked his smoky magic on it. But I must admit that we did enjoy a big boxful of honey extracted under my own strict supervision (childhood experience!) and have shared it amongst relatives and friends—part guilt, part (immense) pleasure. It tastes divine! Simply incomparable to the branded, over-purified, and anti-biotic-fed honey.

I found the smoking method quite effective as it helped bring down the hive (the remover’s livelihood) and did not kill all the bees. I guess thicker smoke would have driven away even more bees. It’s still the same method still being employed in rural India. No environmental activist has gone hammer and tongs against it so far. Unlike poisoned hives, this honey has high utility value (not all people can afford branded honey) and the wax is sold to packaging firms. There are no eco-friendly pest control agencies and no sprays that will only shoo the bees away. ‘Elimination’ is the only word these firms thrive on and they will say anything to keep themselves floating.

We had horrible evidence of it in our complex recently when thousands of them were lying dead on the pathways on one early morning. It had taken a can of chemical poison to trigger such a massacre.

The current hive will live its days until the remover comes. Till then, harmonious co-existence.