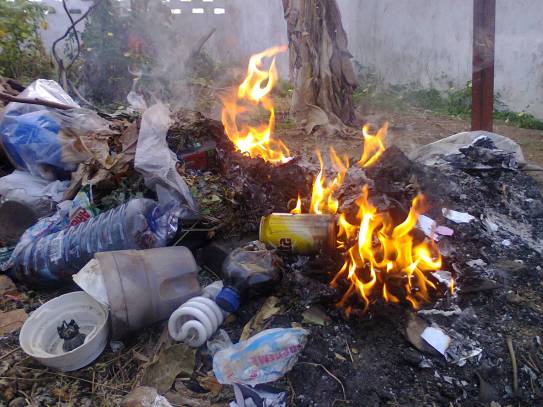 “Today, we were driving past this scene in a busy traffic junction near an underpass. Around five-six men were burning garbage and they had around six-eight big black bags and it looked like they came from an early morning Swachh clean-up job. Cleaning up, but creating environmental damage by burning or dumping of garbage is something that is bothering us…” 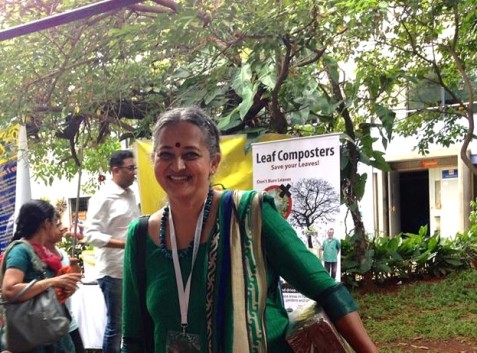 This is what noted environmental activist Vani Murthy had to say on October 2 when she was out on an eco campaign with her activist friends Uma Kandasarma and a bunch of others.

Concurring with her, Uma added: “They were burning the garbage in the low, narrow part of the underpass so as to reduce visibility as much as possible. And they had several bags of waste. We also saw several other instances of burning garbage along the way.”

These are not off-the-cuff lines. For years now, these activists, also members of Solid Waste Management Round Table, have spent countless hours in spreading awareness on waste segregation at source, composting, organic terrace gardening and various other topics with the sole aim of leaving a softer footprint behind on this planet. They work at the ground level, keep their fingers on the pulse and work towards a communion with nature. More importantly, they also take hordes of others along on this beautiful path. 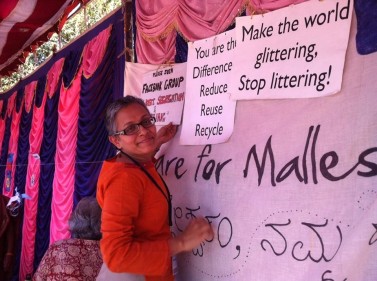 While they are happy that the campaign was quite successful in drawing the attention of the nation towards one of the most nagging and in fact, embarrassing problems, they are equally concerned about the trajectory is has set itself out on.

The reasons, among other: Burning of plastic generates poisonous dioxins in particular and a host of other harmful green house gases including methane. Scooping up of all kinds of waste results in the loss of precious resources that could have been recovered and recycled. Above all, sweeping seems to have now entered the collective consciousness as the best means to a meaningful end whereas it supports landfilling. We all know how, particularly in Bangalore, hundreds of BBMP trucks loaded up the mixed waste swept up by volunteers and headed towards a destination precisely where we didn’t want them to: Mandur landfill. 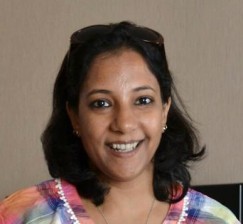 In the long run, this well-meant enthusiasm—with conspicuous absence of a well-thought-out process—could turn out to be actually counter-productive which may escape the political radar but not before causing a considerable damage to the environment. Apparent cleanliness on the surface can only reduce the collective guilt. But the discerning few worry that it might become a moment lost in symbolism and worse still, if persisted, it could well become a triumph offset by staggering losses.

Says Archana Prasad Kashyap of Kasamuktha Bellandur: “…but very few think about long-term plans. It’s all instant gratification. Wish we saw our leaders segregating their garbage in their homes instead of holding brooms. Hopefully, more will come out of this Swachh Bharath than just broom sales.”