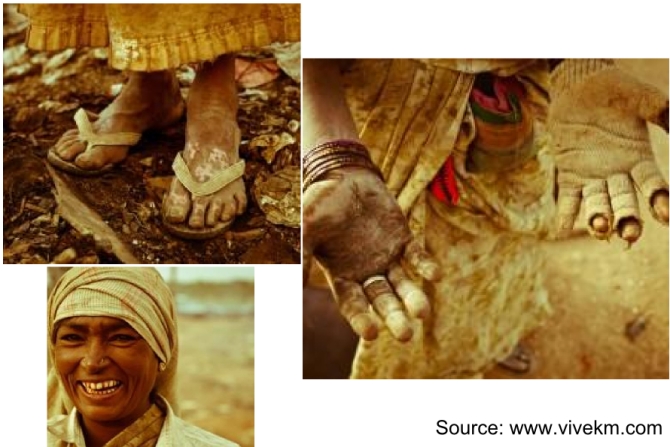 In all probability, this number might be an understatement as there maybe be more than 15,000 waste-pickers in the City going about their work every day—building new hopes and sometimes little habitats and hoping that one day, they will live to live and not to repent having lived a life of drudgery amidst a sea of sheer callousness.

A study conducted by Hasiru Dala, Jain University, Bangalore and Solid Waste Management Round Table in 2012 analysed the data of 4,175 registered waste-pickers aged between less-than-20 and above-60. What came to light was a number that this hapless lot could hardly accommodate within the realm of its imagination: 4,175 of them save Rs 23 crore annually. When extrapolated, 15,000 of them collectively keep Rs 84 crore safe in BBMP’s treasury.

The study—authored by Pinky Chandran, Nalini Shekar, Marwan Abubaker and Akshay Yadava—took 4,500 tonnes of waste generated per day in the City as the average and 70 kgs per person per day of waste picked. This includes those who carry a sack on their back and those who move about in tricycles. This workforce is constituted by 58 per cent of men and the rest are women.

“They do all this work with no training, inputs or any kind of support from the government. They have no social security, nor health benefits,” rues Nalini Shekar whose Hasiru Dala played a major role in getting the waste-pickers registered with BBMP.

Thanks to this pioneering work, BBMP earned the recognition of becoming India’s first urban local body to give an identity to the waste-pickers by officially acknowledging their contribution. By 2013, BBMP distributed over 5,000 identity cards and sanctioned an additional 7,000 registrations, the study adds.

Historically, waste picking began in India in the 17th century (Sicular, 1992) and its deeply disturbing caste system was the deciding factor in assigning this role. It hardly comes as a ‘finding’ that all the waste-picking—mainly paper, bones and rags—and scavenging jobs was pushed down the social strata and it was the ‘lower’ castes who did this job then, and who do it now.

In another study conducted by Mythri Sarva Seva Samithi and CHF International in 2010, it came to light that solid waste management in Bangalore is dominated by Scheduled Caste, Other Backward Caste Category, Scheduled Tribes including nomadic tribes, sheik…”. There is also a small chunk of ‘upper’ caste waste-pickers that has joined this force. But it is poverty, not caste, that has pushed them into this informal sector, say experts. 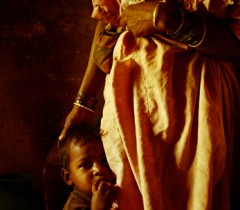 Be it those who scavenge alone or in groups in waste dumps, on the streets or in landfill sites, it is this workforce that wakes up to the harshest realities every morning. If the burning sun and benumbing cloudbursts take turns to hit them hard, so do verbal and sexual abuse that a majority of the 42 percent of the women suffer, day in and day out.

What’s appalling is how we, the privileged, continue to treat them when they come to pick the waste in which we see no value. We do not even recognise the contribution of the little children who make our lives livable. Thanks to our social status, we live in such a benighted bubble that we see no difference between the waste we throw and those who pick it. Little do we realise that if not for them, the City will wallow in its own garbage just in days. Especially so in the post-Mandur shutdown scenario.

With no meaningful efforts to salvage these souls from their wretched lives, the dark tunnel that they are forced to walk through doesn’t seem to be anywhere close to the end.

Someone recently said that there is no one called “the voiceless”. But there are definitely the “deliberately silenced” and the “preferably unheard”. This army of waste-pickers seem to fall into both categories with ease. At once.

Recommended: Please click here to read an evocative piece of writing on this issue by Vivek Muthuramalingam.