An image of the Hindustan Times article on Delhi’s garbage crisis published a few months ago.

From the current 9,200 tonnes or 2,300 truckloads, in less than a decade, the capital city of India will have to grapple with 19,100 tonnes or 4,775 truckloads of garbage. According to a parliamentary panel report highlighted by Hindustan Times, Delhiites living on the fringes are refusing to give away their living space to open new landfills. Four landfills have already become stinking heaps. This toxic legacy notwithstanding, the officials’ hope for fixing new landfill sites seems never-ending.

Sounds more like the tale our own beloved Bengaluru?

Nearly 20,000 tonnes of waste per day is nothing less than a time bomb. Leave aside the monetary aspects of disposing of one such mountain of garbage as it is easy to calculate, think of the invisible hazards of it—air, water and soil pollution. They are a whole lot harder to evaluate and grapple with.

That brings us to what Arvind Kejriwal’s Aam Aadmi Party (AAP) has been talking about as its massive organisational structure hit the streets and began the Delhi Dialogue with those who belonged to the “deliberately silenced or preferable unheard (or both)” brackets thus far.

For those with a heart, clean water, clean air and education to the poor are anything but “tall claims”. But there’s a reason why they are being termed so. Not just our time-warped politicians, even we are so used to seeing a spectacle made out of every issue hitting the headlines every day. It’s not news otherwise. Then any sensible discussion on the basic issues gnawing at the suffering lot sounds more like a scam. Worse, a joke.

But not for a party that swept all that cynicism clean in one shot! Support for its manifesto poured in from drawing rooms studded with ultra-HD screens and also from those huts and shacks fitted with teeny-weeny TV sets tired of beaming millions of promises. They knew those were not even promises, but merely a hazy call to a vague someone. It is this lot that saw the clarity in the message and it didn’t need a high-definition screen to see through it.

But, given how 20,000 tonnes of garbage can wreck a city’s health, it becomes imperative that AAP gives the highest priority to solid waste management in its Delhi Dialogue. Without this move, clean air and water are nearly impossible.

It’s the right time for AAP to get the dialogue going on source segregation. It has listened to the people and now they are. They will do everything that is mutually agreed to be sensible. Because it’s them whose land will be stolen from the mighty ones to turn it into a landfill. It’s them who will lose livelihood coming out of their small strips of land. It’s them who will suffer the consequences without any remedial measure in sight. If AAP manages to find sustainable solutions to Delhi’s garbage crisis, it will show the way to the entire world. 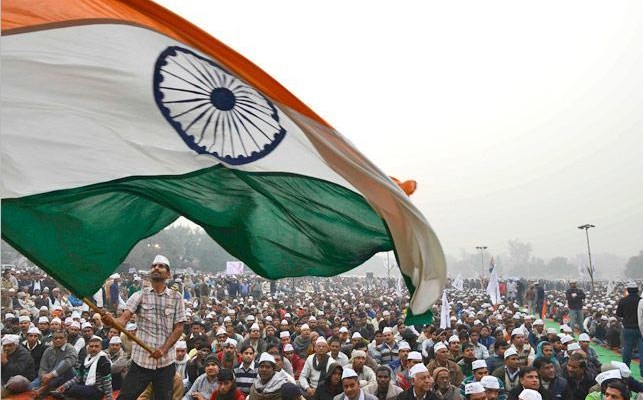 2 thoughts on “Delhi landfill crisis: Can AAP show the way?”